Prof. Dr. Paul Cliteur recommends the book ‘How to Debate the Left on Islam’

Paul Cliteur, the professor who stood up for Dutch politician Geert Wilders in 2016 by taking on the role of expert witness, has read How to Debate the Left on Islam and decided to write an article about it. The article was published in Dutch, but has been translated into English.

The original article can be found here. The English translation can be read below.

Debating about the Islam question: How to Debate the Left on Islam, Paul Nielsen

About political correctness in relation to Islam.

Paul Nielsen’s How to Debate the Left on Islam (Second Edition, 2017), is a book about political correctness in relation to Islam. Nielsen views political correctness as a religion, and as a religion that has to be combated. Islam, on the other hand, he doesn’t view as a religion, but as a political ideology. It is even the most dangerous ideology of our time. He aims to prepare the reader intellectually, psychologically and strategically for the confrontation with the politically correct Islam-apologist.

What makes Islam so dangerous as a political ideology is that political correctness protects Islam against the necessary criticism. In this way, Political correctness undermines a certain instrument that is available in Western democracies in order to halt venomous ideologies. This is how we bring about social change, isn’t it? With criticism. As a result of criticism, the (Catholic) church had come to the realisation that democracy, human rights and women’s equality actually aren’t such bad ideas. So, whoever supports social change will always safeguard the right to criticise. A lack of criticism can help a hostile ideology to spread itself further and further, with all the consequences. This is the danger that we are in today.

Nielsen’s How to debate the left on Islam, in a way, is also an argumentative manual because he extensively addresses the arguments (excuses, actually) that the politically correct left produces to protect Islam against reasonable criticism. He does this with comprehensive knowledge of Islam, but also in a light-hearted and humorous way. In terms of form, the book is slightly reminiscent of the Politically Incorrect Guides that are available at the American publisher Regnery about several different topics.

Content-wise, this book consists of three parts. Firstly, he gives an extensive presentation of the empirical sociological research about what Muslims actually believe. In the Netherlands, the Ruud Koopman’s research (Berlin Social Science Centre), conducted at the Humboldt University of Berlin, has become well-known. But there is much more research that all points in the same direction, which is that purely on a numerical basis it can be shown that many Muslims have different attitudes towards apostasy, homosexuality, democracy, divine law and loyalty to the nation-state. Nielsen gives the reader a brief summary of all this research. The results are not reassuring, so the politically correct thinker will try to pull up a smoke screen of woolly statements to prevent these facts from getting through to him and his environment. Now, the trick is to bring the apologist to reason.
Secondly, Nielsen discusses the life of the prophet in detail because Islam, unlike Christianity, is actually about one single person. Islam is an attempt to let the attitudes of this one person be leading for all of life’s aspects. Christianity is different. Christianity is based on the 66 books of the Bible that take different directions and therefore allow the reader a much greater freedom to extract his or her own worldview.

The third part of Nielsen’s book consists of imaginary dialogues that he engages in with several politically correct Islam apologists. These are intended as examples to illustrate what can go wrong in a conversation with a politically correct conversation partner. These parts are the most humorous of the book and indicate a great psychological understanding of how conversations about this topic often go down. The central thesis is that one should try to motivate the politically correct conversation partner to acknowledge facts as being most important. So, what he would like reality to look like should not be the decisive factor, but instead what this reality, as presented in a scientific analysis, actually is. And exactly this is the problem: the politically correct fantasist lives in a dream world that cannot sustain itself when pressured by critical research, so he will do everything he can to keep the results of this critical research far away from him.

I enjoyed reading this book. Nielsen gives a crystal-clear presentation of the core principles of Islam. Also, he summarises the empirical sociological research that has been conducted on Muslims during the last five years and it is useful to see it all together. His central thesis is: it is no use debating about claims such as ‘most Muslims have such and such attitude about this or that’, because you have to present scientific material about what these attitudes exactly are and what percentages of the religious community hold these attitudes. This approach really is very illuminating.

One of the strongest aspects of the book is that Nielsen, in my opinion based on a convincing foundation, makes it clear that the politically correct thinker is living in a dream world, but is able to maintain this world for a very long time, because his environment is constantly confirming him in his delusions. Trying to bring the fantasist to reason isn’t without risk, because you could get accused of ‘racism’, ‘prejudices’, ‘xenophobia’, ‘bigotry’, and so on. This is why most people, also those who themselves aren’t under the influence of the delusions of political correctness, will avoid a confrontation.
For understandable reasons, Nielsen’s work won’t end up in huge piles at the checkouts of the bookstores. For that, his work opposes the spirit of our times too much. But his book does have the potential to become a cultbook for those who really want to be informed about an important societal challenge. How the situation will develop itself, depends for the larger part on the question whether or not the public wants to take notice of these types of books. Change will have to brought about by the engaged citizens, because our politicians won’t do it. 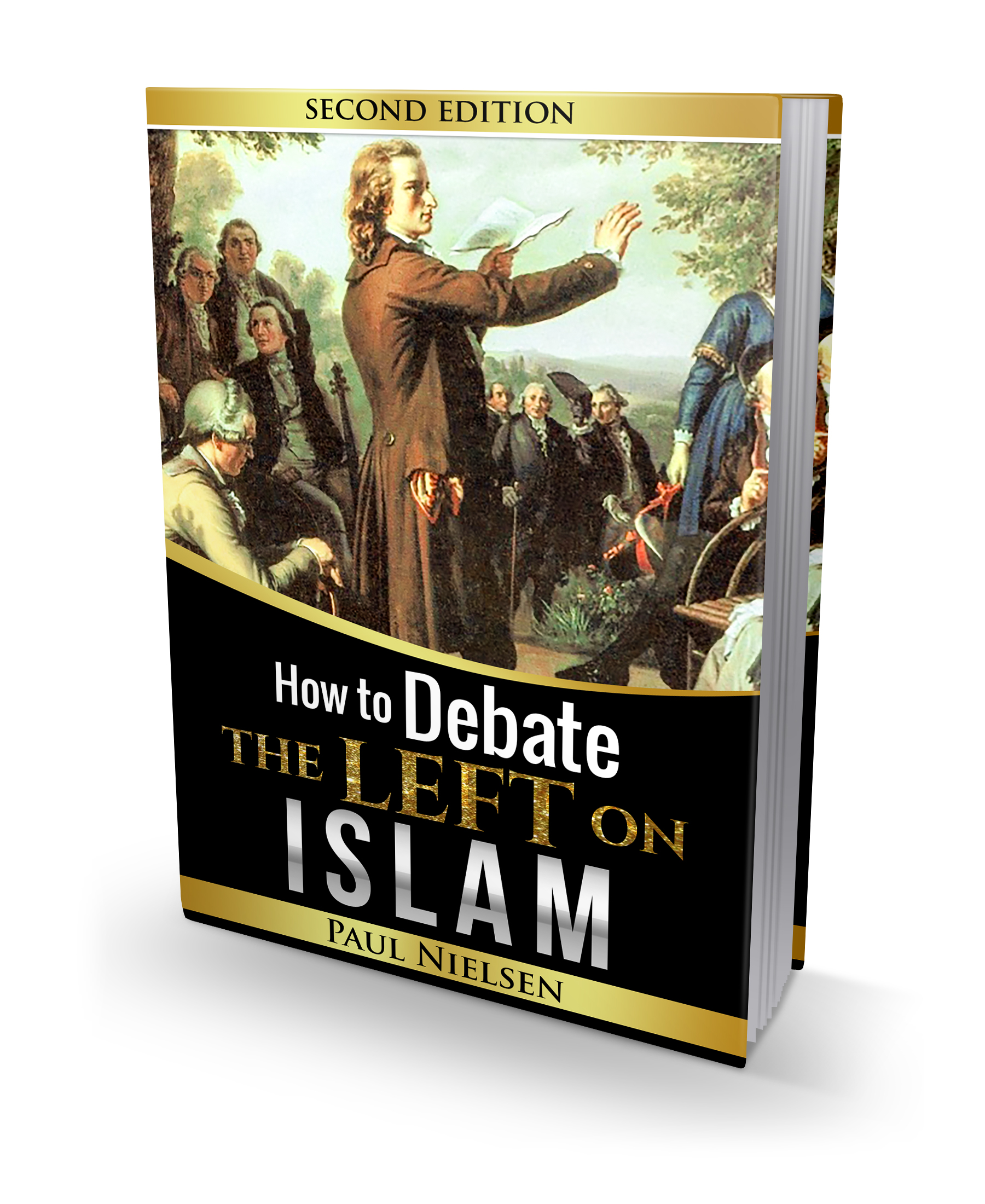